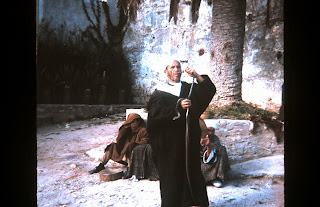 That's it, the election is over. The silent majority will be quiet for another four years, or maybe five. With a majority, they can screw us over good. No one can complain because we said we wer tired of voting so often.

You have to laugh at some candidates who won. The NDP really didn't expect to win so many seats, and some people entered the race, just so the spot wouldn't be empty. The one who stands out the most is the assistant bar manager from Ottawa, who ran for a seat in Quebec, and doesn't speak French. During the five week campaign she went to Las Vegas on vacation. She never gave any speeches, held any news conferences, and it appears she never even visited the riding. So, is this an example of, "Some people are trust into greatness," or "You deserve what you get."

The second part of my story came out last week. I'm waiting for it to show up on Amazon. You feel more legitimate when it shows up there. They asked for part 3 yesterday, so that is now in there. There are six parts and I have completed all of them. Now I am working on a book about two teens going on vacation to Morocco. I wrote about them sitting in a cafe in Marrakesh, drinking mint tea, and a couple of days later I read in the paper, the cafe was bombed. Not my fault, even though the terrorists are after these guys.

It's still raining here, as it has for a couple of weeks, and will all this week. Grass definately needs cutting.
Posted by Jack Sakalauskas at Wednesday, May 04, 2011 No comments: