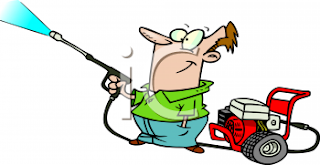 I bought a Power washer the other day. Tried it out yesterday. It was just a cheap model from Wal-Mart. $47.00. I only need it for small jobs. The green bin, the garbage cans. I also needed to wash the grease from the bottom of my van, stuff that comes from the undercoating. It usually covers the rocker panels and a few inches up the door. Good enough machine for that.
Winter seems to be coming fast. Cold in the mornings. I had to turn on the Heat Pump on for awhile. Warms up in the afternoon.
I should call my mechanic to make arrangements for an oil change. Normally I do it in Oct. and Apr, but next month I'll be away on my cruise.
Posted by Jack Sakalauskas at Tuesday, September 10, 2013 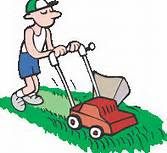 Last week I bought a new lawn mower. End of the season, good time to buy. Saw a sale at Sears Clearance Center. 20% off and another 10% off with their card. I knew what I wanter before I got there. 6.5 hp, large rear wheels, rear wheel drive, and rear bag.  It used to be that the grass shot out the side, then it was a bag on the back. Now they come with both.
They had a whole bunch there and I found one I liked. Had everything I wanted plus a hose connection for cleaning under it. That's something new. Good idea. I wonder if I can install one on my other mower. I have two mowers. The other one just shoots out the side. Good for my back yard. Don't need to bag, easy to push, don't need auto drive.
So the original price with tax was $ 575.00. marked down to $196. less 20%, less 10%, no tax. Total price was $160.  So I wheeled it from the store. Used it yesterday, works great. 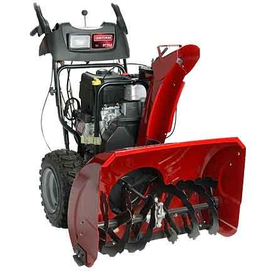 I was looking out the front window and noticed a Robin on the front lawn. He lands back here every spring and has done so for years. He is attracted by the last apples that fell last fall. It seems to be his morning snack every day. As I watched him, I noticed snow flurries again. The 6th of April and still we get snow.

Although I bought a new snow blower a couple of weeks ago, I am certainly not hoping for more snow. I can happily wait till next winter. My neighbour gave me a key to his shed so I could have his snowblower when I needed it. I have a 32" - it is extremely heavy, and it only throws the snow a few feet. Needs a new belt, and again, it is just too heavy to manoeuver.

My wife and son went over to Sears Clearance one Sat. and saw they were getting rid of all blowers. They had a whack of them. They took photos, then came back and showed me. I finally capitulated and went over for a look. By then, there was only three remaining. So I picked up a 27". What I liked most about it was the new feature. There is another switch on it. Just squeeze it and it lifts the wheels and front off the ground. I can just slide it to the next row. There was also one screw missing which is not a problem.


My books on Amazon http://tinyurl.com/8heos4e

Newspapers and magazines may find the tablet a saving grace with older readers.
They have an easier time reading text on tablet computers than print on paper, according to a new study by German researchers -- which may speed adoption by older consumers who enjoy daily news reads, provided that consumer electronics marketers can alter habits.
Researchers at Johannes Gutenberg University in Mainz, Germany studied the amount of cognitive effort required to read text displayed on different media, including paper, e-readers and tablet computers. After dividing participants into two groups, one consisting of 36 subjects ages 21-34, the other of 21 subjects ages 60+, the researchers tracked eye movements and brain activity with electrodes to determine how much neural power was required to read text presented in the various formats.

The older readers displayed a lower level of brain activity when reading text on an iPad tablet, the study found, and finished each page of text three to four seconds faster, on average. The researchers attributed this result to the tablet computers’ bright, backlit screens, which enhance contrast and make it easier to distinguish text.
Younger readers showed no appreciable differences in the amount of time or mental effort required to read a page of text, regardless of format.

In November, a study published by researchers at New Jersey’s Robert Wood Johnson Medical School found that tablets could help people with moderate vision loss read. The study tracked the reading speeds of 100 subjects with moderate central vision impairment when using iPads and Kindle tablets, versus print. Subjects reading text in 18-point font on the iPad gained at least 42 words per minute in their average reading speed compared to print, while subjects reading the same size text on a Kindle gained an average of 12 words per minute compared to their print reading speed.


My books on Amazon http://tinyurl.com/8heos4e