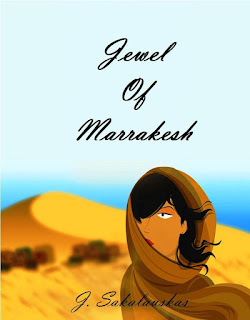 Amazing how time passes. I have not added an article since the middle of Sept. Must be busy.

I can't believe we had a snow storm last week. In November. It usually comes around Christmas Eve. It was eight inches at least, enough to use the snowblower. That snow blower of mine just doesn't throw the snow far enough. I greased it all up this year, but to no avail. So, this summer, I have to take it apart. And I must start early in the summer, in case it takes awhile. It will need a new belt, and I don't know how long that will take to arrive.

I did spend a lot of time writing. Found it best to do every morning. Had to finish my almost first length ebook. 45,000 words should be good enough for the first one. It's about a spoiled Moroccan princess, who gets kidnapped by terrorists.  Two English boys and their guide break her out, and then they get list in the desert, where things go from bad to worse, then worse again. It helped to have been in Morocco and saw camels, trains and desert. Some of the events are from my own experience. Like the lady at the train station, or the two soldiers drinking rum & coke (one of them being me). So click on Amazon and give it a like.
http://amzn.to/sOB7VW
I think that says you like the picture or the effort.

Anyway, it is better than doing crosswords, which now I have no time for. I had all those words running around with no where to go. I'm working on another book, using my hometown as the scapegoat. Murder, bootleggers, incest. My hometown was never like this, well, not totally.

My project the last few months has been designing a kitchen with my wife. I don't have to describe that  collaboration. I'm getting the parts from Kent, and they sent in a contractor. Well, I must have looked like a meek little lamb being led to slaughter. Lets rip off the senion citizen. Needed a wall put up and he wanted $3000. I got it done for $300. and this guy will do the rest of the job.

The parts will arrive in Jan. and I have to put them all in the house. Can't store them on the patio, and I just hope there is not a ton of snow about.

We put laminate flooring in the recroom. Actually, my son put it down, I did the cutting. The next project will be laminate floors for the dining and living room. Want that done before spring.

There, that should make up for the time I was away. Best put a picture of my book. Have to advertise. No shame.