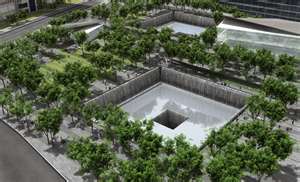 Yesterday was 9/11 day. It's like a JFK day. Everyone remembers where they were. On that day, I was at work, at the Hfx. airport. I used to work in the control center, watching all the cameras, alarms, radio traffic, all that kind of stuff. My son was working if Florida at the time, and he contacted me to turn on the tv. So I was the first one at the airport to know about New York. After seeing what was on tv, I called my boss to check it out. Of course then, all hell broke loose. There was a terrorist under every seat.

There was three of us on that particular job, with two of us there at all times. Normally, we would rotate around, but not that day. We both stayed there till 6 P.M. We had to photograph every aircraft that came in, the planes disembarking, and so on.

That was my last day at work before my vacation. The next morning, I was supposed to fly to Florida. That went down the drain. If it had been one day earlier, I would have been flying into Newark, about the same time as those planes hit the trade center. That would have been a bad experience.

Working at the airport brings back a memory. No matter where I went, hardware stores, supermarket, wherever, I would always run into someone from work. But as soon as I stopped working there, I never ran into them again. I find that kind of weird. A thought crossed my mind, that if I thought about the lottery all the time, maybe I would win.