Back outside again. Still have some chores to do. The next thing to do was make a rack on the other side of the shed. I made the same type that I made for the firewood, except this time I gave it three shelves. Places to store different types of lumber, like 2x4's, etc. Still left to do there is to buy some lattice and put it up at the front of each rack. Sort of hides it from everybody.
Posted by Jack Sakalauskas at Sunday, May 31, 2015 This story moves Bosch along in his life, pointing out that he has struggles like the rest of us. Of course, he is stubborn and ill mannered as usual. It brings together people from past stories, giving the author a chance to tie up loose ends. In the end Bosch is back to square one.
I did not like the mix of first and third person. Sometimes I stumbled when it changed direction. Enjoyed the visual imagery of disasters. The first half was slow but the second half went at full speed.
Posted by Jack Sakalauskas at Friday, May 29, 2015 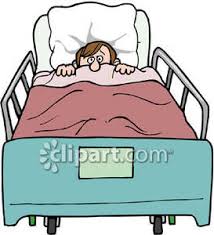 Last week I went to the hospital to visit a friend of mine. He's 76 yrs. old and he fell and broke his hip. That seems to happen a lot. As luck would have it, it was the day before his birthday. There was no one around, so he lay on the floor for awhile. In the end, an ambulance took him to the hospital. Then, the hospital climbed all over his wife.
"How could you do that? leave him all alone at home?"
"Well, why wouldn't I - there wasn't anything wrong with him until he fell."
Sometimes, my friend has a bad attitude. The type that says, "No one is going to boss me around." Bad attitude for a hospital. They tell him that he's not allowed out of bed without assistance. But he didn't listen. He gets out of bed when no one is around and falls. So that caused a big panic. They were afraid he might have broken his other hip. But he didn't, just ended up with a lot of bruises.
The other day, while his family was visiting him, he started to climb out of bed.
"Whoa, where are you going?"
"I'm getting up."
"Are you allowed to do that?"
"Sure, I can get up when I want."
"You just stay there until I ask a nurse."
Well, the nurse came, gave him hell and told him to get back in bed. He'll be going home soon, I imagine, and I can see a lot of problems arising there.
Posted by Jack Sakalauskas at Thursday, May 28, 2015

I love this paragraph.

"Somewhere in the south, I don't remember where, we stopped for gas and there were two water fountains on the side of this service station. There were signs, you know. One said white and the other said colored. And I just sort of went up to the one marked colored because I wanted to see what color the water was."
Posted by Jack Sakalauskas at Wednesday, May 27, 2015

There, but for the grace of God, go I - at least for now.

Yesterday, my wife told me there are two slices of cold meat in the fridge, and I have to get rid of them. So it was a toasted cold meat sandwich for breakfast. The martyr - always the martyr. 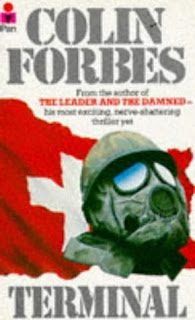 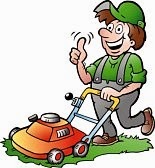 The next task was to get my lawn mowers ready to go. I have two mowers. One, you press the handle and away she goes. I use that one out front. Hills on the sides of the lawn. It mulches everything. Also has a bag on the back. The other machine is one I put together from three broken mowers. 22" across, so I use it in the back yard.
Changed the oil in both machines. You take the cover off the top and lay it on its side. I cleaned them both last fall and took out the gas. Filled up with gas and both started on the first pull. I bought the new one at Sears Clearance the year before last. It doesn't have a primer for the gas - you just pull the cord. I would rather have a primer. But, you can get over that. Just take out the spark plug and spray in some carb. cleaner.
The day after that, I cut the grass out front. Don't need to do the back yet. The new machine has a hose connection. Hook up the hose - turn the mower on and it washes underneath.
Posted by Jack Sakalauskas at Saturday, May 23, 2015 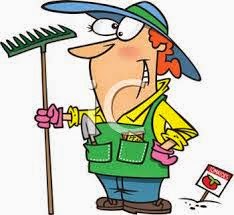 The compost bins are on the other side of the yard behind the poor excuse for a rock garden. It seems to want to collapse backwards. The rock garden is a mound of rocks that I threw some dirt on. Just rocks scattered about the yard.
At the back of the yard, along the fence are some old cement blocks. I got them when I enlarged the entrance at the back door. The entrance and steps were too tight to move a washer and dryer through. I couldn't reuse the blocks that I removed.
So I took these blocks and stacked them two high behind the garden. Now some soil to fix that up and it will be a work of art.
All this is cutting into my writing time.
Posted by Jack Sakalauskas at Friday, May 22, 2015

The only way to feel safe is to jump into bed and pull a blankie over your head. 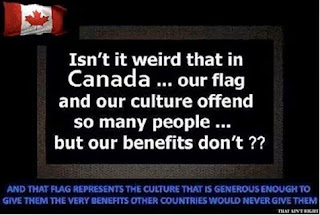 More Work in the Yard 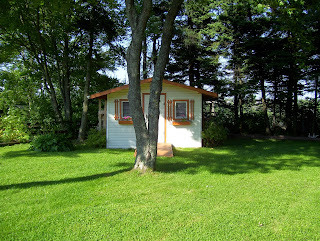 Next thing to do was get my firewood racks in order, refill the rack I used in the winter, old wood up front, etc. That took a while. One side of the shed has a firewood rack. Get the sun most of the time. The other side has my compost bins. Three black plastic bins and one wooden bin. Each year, I move the stuff from one bin to another. The wooden bin is last, and that's where my wife get the soil for all her planters.
That side of the shed seems to be in shade most of the time. That's one reason I have to move them, and another reason is that I have to lift that side of the shed. A lot of water accumulates at the back of the yard during the winter. At the back corner, on the other side of the yard, I had a wood rack - gone now. And that is where the compost bins are going.
There's a photo of my shed a few years ago. Wood on one side, bins on the other, but you can't see them. Shed looks level.
And you can pick up a copy of my latest book "Mediterranean Mission" by clicking on the photo on the right.
Posted by Jack Sakalauskas at Wednesday, May 20, 2015

I think I'm a Renaissance man. This morning I used jacks to lift the shed and level it. and now after supper, I'm washing the dishes. 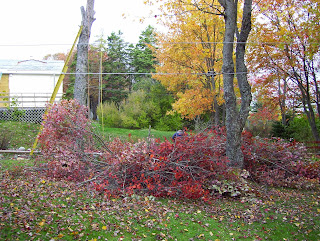 After getting the tree cut down and branches from the other trees lopped off, the backyard was full of potential firewood. That all had to be cut up, carted away, etc. But this was Oct. and starting to get cold, so it would have to wait until the spring. We shoved it all at the back of the yard and left it to stare at all winter. It did make big snow banks.
I spent part of last week cutting it up and carting it away. There was also bundles of small branches for garbage pickup. Garbage day is usually Mon. but since Mon was a holiday, our day was Sat. We are only allowed to throw out five bundles at a time, so three of my neighbors got to enjoy four or five bundles each. So now it is gone, and that's that.
I'm glad it was on Sat. because Sunday was heavy rain, and we would have had to carry it all out in that.
Posted by Jack Sakalauskas at Tuesday, May 19, 2015 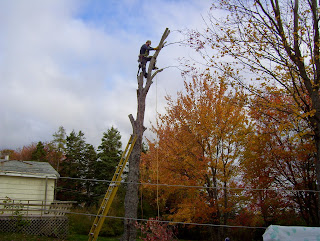 I was busy outside last week. Last fall, I had one maple tree cut down and three others trimmed. They are large trees, about 70' high. The one I had cut down started to rot about 5' up. A branch was cut off years ago and it started there. Bugs got in and over the years it just got worse. I became worried that in some hurricane it would fall on the house next door. Not that I'm worried about it - that house is abandoned and ready for the wreckers. The property has a new owner, and people have been around in the last couple of days. That will bring along a new set of worries. What kind of neighbor will I get? In the photo you can see the tree coming down and the house next door.
Posted by Jack Sakalauskas at Monday, May 18, 2015 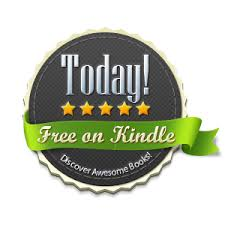 My book is still free today. So jump on it and grab a copy. And don't forget the review. You know how we want reviews.
Posted by Jack Sakalauskas at Sunday, May 17, 2015

The Secret of Getting Ahead

MARK TWAIN
Posted by Jack Sakalauskas at Friday, May 15, 2015 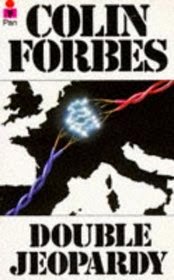 My Review: The Holy Thief (Chronicles of Brother Cadfael #19) by Ellis Peters 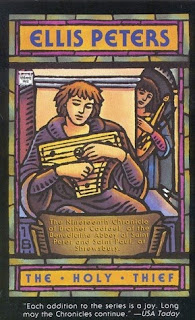