Obituary column was the usual. Only nice people died.

In the winter, my mother used to hang clothes on the line. They became frozen solid. Easy to dance with, as long as you stayed outside.

You Can’t Write What You Wouldn’t Read for Pleasure

The most important thing is you can’t write what you wouldn’t read for pleasure. It’s a mistake to analyze the market thinking you can write whatever is hot. You can’t say you’re going to write romance when you don’t even like it. You need to write what you would read if you expect anybody else to read it.  And you have to be driven. You have to have the three D’s: drive, discipline and desire. If you’re missing any one of those three, you can have all the talent in the world, but it’s going to be really hard to get anything done.

Scientists make a robot that can have babies

Everyone who thinks robots are going to take over the world might be about to get a lot more frightened: Scientists have created a machine that's able to have babies.
In an experiment designed to show how robots can learn and evolve, researchers in Cambridge and Zurich programmed a robot arm – or "mother" - with an algorithm to create a device made out of blocks containing motors – its "child".
The blocks are assembled into a structure by the robot arm and the motors are turned on. A camera detects how far the blocks are able to travel. The robot arm sees this, and then modifies the next "baby" to try and make it go further, learning from the mistakes and good traits of the last one.
This is all done without human intervention. The research was published in the journal PLOS One.
Luzius Brodbeck, one of the researchers from the Institute of Robotics and Intelligent Systems at ETH Zurich, said the robots are normally programmed to do one just thing.
"Machines usually build the same thing and what it will do and it will do it over again. What we did here was use a genetic algorithm so each operation is different," Brodbeck told CNBC by phone.
The scientist said that the technology could be used in areas where robots need to carry out autonomous tasks; for example in remote locations and even in disaster response.
The experiment may seem like something out of a science fiction film and technologists have expressed concerns about the future of robotics.
Elon Musk and Bill Gates are just two figures concerned about the rise of artificial intelligence (AI). Last month, a letter signed by figures including Musk and Stephen Hawking warned about the potential damage AI-controlled weapons could cause.
But Brodbeck said the fear about systems like his maybe be overblown.
"I think it makes sense to think about this, but I personally am not afraid that robots will take over the world," the scientist told CNBC.
Posted by Jack Sakalauskas at Wednesday, August 12, 2015

...Saw an ad for that on TV. It said shingles can last as long as thirty days. I don't know where they got that idea. I got shingles back in Dec. 2004. The day of the big tsunami. It lasted until Easter. That was three months. It was on the left side of my stomach. To sleep at night, I laid my head on the dining room table. You just couldn't let anything touch those nerve endings. It still gives me a twinge now and then.
Posted by Jack Sakalauskas at Wednesday, August 12, 2015 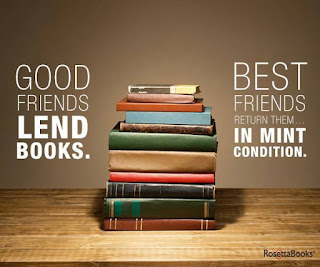 Penguins have an organ which removes salt from water, allowing them to drink salt water.

Aluminum can be recycled over and over again without any loss to quality, and a recycled beer can could be back on the shelf in 60 days.

Email ThisBlogThis!Share to TwitterShare to FacebookShare to Pinterest
Labels: aluminum, beer, can, recycled

Review: Rites of Passage (To the Ends of the Earth, #1) by William Golding 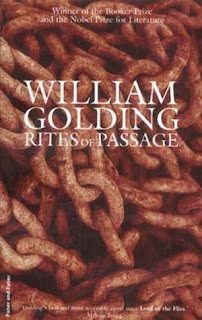 "Rites of Passage," a book by William Golding, is a narrative, written in a journal, by a snobbish passenger. It takes place on an outdated warship on the way to Australia around 1812. The story deals with the behavior of the Officers and upper crust passengers, as well as some of the crew.
There are good references to the condition of the ship and the behavior of the characters.
Written in old English, I found it sometimes hard to read and found myself skipping paragraphs. Still, it was an interesting read, at times sad, which appears to be the main plot of the story. Interesting ending that I did not expect.
Posted by Jack Sakalauskas at Monday, August 10, 2015

Cut the lawn yesterday. Rather than looking like crop circles my son would make, it now looks like it has small runways - for small aliens.

Writing Is An Act of Courage

I strongly believe that writing is an act of courage. It’s almost an act of physical courage. You get up and you have this great idea. Maybe you were hanging out with your friends—you guys were having beers and you were talking about something. You had this idea and they said, “Wow, that’s brilliant! Someone should go write it.” And you sit down to write it and almost always what was brilliant before, when you were sitting around talking, is somehow not so brilliant when you go to write. It’s as though you have a certain music in your head, and trying to get that music out on a page is absolute hell. And so you fail. If you’re doing it correctly, what happens is, the translation of what you hear in your head, what your idea is in your head, will almost always come out really badly on the page when you first write, okay? But what you have to do is you have to give yourself a day, go back, revise over and over and over again until you get something that is at least maybe 70 percent of what you wanted to do. You try to go from really bad to okay to acceptable. Then you know you’ve done your job. I never really get to that perfect thing that was in my head, so I always consider the entire process about failure. I think that’s the main reason why more people don’t write. It’s very depressing in that way. 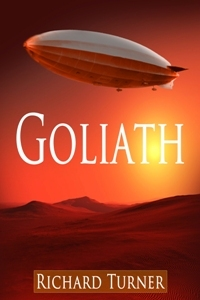 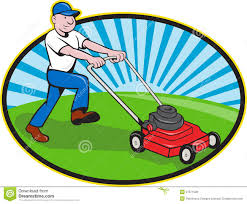 The heavens refrained from raining on us last night as it had for the past two nights, so I just may cut the grass. I cut it last Thursday, so it's due. My son grabbed the other lawn mower last week and started cutting the back yard. Normally, I go across or up and down, but my son is crazy - he went at it like he was making a crop circle.
Posted by Jack Sakalauskas at Thursday, August 06, 2015

Life is sometimes you have to have wieners and beans. 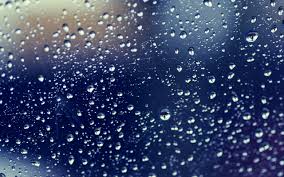 Last night was storm night. Thunder, lightening and a heck of a lot of rain. If you don't have any damage after a storm, the next worse thing if going around and setting all the clocks. Next, I checked the fireplace, because lately, after it rained, there has been some water. It just so happens that yesterday I was up on the roof and cemented up a part that I thought might leak. No leak today.
Posted by Jack Sakalauskas at Tuesday, August 04, 2015

A cruise on the Mediterranean can be more than a boat trip.