Credit Card Maxed? So What. 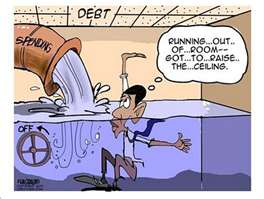 The weather today is whatever forcast you pick. The picks are, cloudy, sunny, showers or stormy. They could sell lottery tickets on this.

Had to go to a funeral the other day. It happens, and the older, the more frequent. An old air force buddy died. That's the second in a month. His son was there and that was weird. Looks like his fathers twin. It was like I was talking to his father, thirty years ago.

Read this morning that Canada and India are teaming up to sell nuclear reactors. If I read it right, our part is selling the uranium with Indian technology. Now that's a scary thought. India has nuclear weapons, and do you know, that's our fault. In the 70's we sold them a reactor, and they learned how to make a bomb. This time they say, when we sell them uranium, there will be a monitoring system so they can't use it for weapons. How stupid can you be?

A third of the American news is about the woman in Florida, who has been released from jail, and another third about Murdoch. The last third is about the debt ceiling. In regard to the deby ceiling, isn't it the same as when my credit card is maxed out, and I go to the bank and ask for a new limit, so I can spend?  I don't know what all the fuss is about. Of course they are going to raise it. What it does, is worry the stock market, and when it is raised, the market can shoot up like crazy.

Lots of coverage on strollers on buses. Most cities have laws that allows only fold up strollers. But not here, too dumb. Here women go on the bus with strollers that just make it in. Then no one else gets in. So every stop on the route waits for the next bus. Duh!. City Council too busy with their own ego's to do anything.

The price of ereaders going down. Saw them advertised  for $68.

Saw the other day that they are going to make colored shoes for men. To celebrate the new colors, I will buy two pair. One black and one brown.

Saw this ad yesterday Ramadans.com. Of course, I thought it was for Muslims. Actually it's Ramada Inn Nova Scotia. Don't say you wouldn't be fooled. 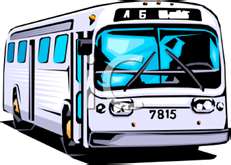 Sunny out today but Thor is supposed to bang his hammer.

Do you notice there is nothing on tv to watch? It's so bad, I've even given the clicker over to my wife. I may be starting a bad idea here, because I'll want it back when the fall comes. I noticed she was watching Masterchef and they were cooking steaks. There was rare, medium and well done. They never mentioned shoe leather or burned to a crisp.

Read this headline,"Retirees Push Up Condo Prices." That's the "Me Generation" for you. It's never them, it's always someone else. When they are through with us, it will be the fault of the generation behind them.

I wrote in my Facebook about Sears catalogs used as toilet paper. Do you know, the first pages they used were from books of poems. They say, on a windy day, you could see these pages flying all over the english countryside. They wern't suitable for collecting.

Yesterday's front page was about the wages collected by people who run charities. Some earn a quarter million a year. It looks like a third of the money they collect goes to wages. And, as I have said before, these charities never die. If a cure is found, the charty is morphed into another. After all, they don't want to lose their jobs. In the U.S, it is not uncommon for the co. of a charity to earn a million.

Mayhem is still running rampant here. At 7:45 AM, three women smucked a woman on a bus and took her purse. She chased them and tried to get her purse back, but went down for the count. The bottom line is two were caught and before the judge at 10:00 AM.
At 5:00 AM on Monday morning, four guys attacked a couple, and used a hammer on him. With all the screaming, they took off and are still on the lam. 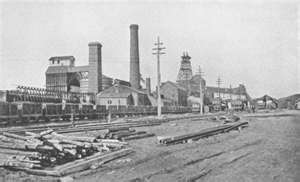 Rain today - which is a good thing.

In an economics course I took at university, they talked about a pendulum. How everything swings from one side to the other, from one extreme to the other. We were discussing communism and capitalism. Communism was at its extreme and has since swung in the other direction. Each time it swings back and forth, but not as far as the previous spot, and eventually settle somewhere in the middle. I wonder if capitalism is at its farthest point, or has it already started to swing back.

I mention that, because I was thinking about it in reference to unions. Coming from a coal mining town, where unions started a hundred years ago, it was a good thing. My uncles were twelve years old when they started working in the coal mine. I'm amazed they were able to learn to read and write. (Tomorrow is Sunday, Thank God for comic books.) After much blood, sweat and tears, the union pulled them up.

Then comes the pendulum effect. It went to its extreme and now is a hinderence in many ways. Take the Post Office for example. They really pushed in the 70's with their strikes and got what they wanted. Two weeks ago, they were on strike, and who actually cared. It convinced more people to go on the internet to pay their bills. A loss of more customers. At Christmas time, I tell my wife, stop sending cards, pick up the phone. In twenty years, or less, the PO will be nothing more than a small size parcel delivery service.

So the pendulum for the unions has already started to swing the other way. At one time, to get members to form a union, was a piece of cake. But now, take Michelin Tire for example. No way do they want a union. For them, the pendulum is at the other end, or is it at the center? There has been, I think, sixteen attempts for a union, and all have failed. I think they have been told, they should give it up.

So now, Will and Kate are gone to la, la land. I did notice, that in every article, they never failed to mention what she was wearing. I never knew it was so important. To be fair, they also mentioned what Will was wearing. Today, "he wore pants, a shirt, and a tie." Yes, that's a direct quote. As I said, I never knew it was so important. So, today I am wearing long pants, beige in colour, purchased from a high-end store in Cole Hbr, called Salvation Army Store. It is complimented by a short sleeve shirt, made up of verticle lines of different shades of green, with six buttons up the front, and having no man servent to button them, the buttons are on the right side. It must be an orential style, as it originates from China. My feed are shod with brown socks, and dark brown moccasins, in respect for our native brothers. The articles about Will and Kate don't mention underwear, so I won't. 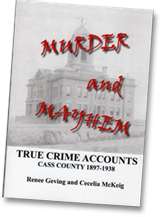 Summer is here, probably for a short stay.

When I opened the newspaper this morning, all I could see was murder & mayhem. Downtown Halifax, yesterday afternoon, two guys hit another on the head with an axe. Then there was the guy, with a bat and a couple of other items, headed into the hospital, th whack his 59 yr. old wife and two children. They stopped him at the door. A couple of shootings ans a couple of court trials, where murderers are set free. I don't know if the one in Florida is a murderer or not, but the one in Montreal certainly is. Stabbed his two children. Set free because he wasn't in his right mind. I wouldn't want someone not in their right mind living next to me. Oh crap, there is someone like that next door. I better get a guard cat or something.

I see the highland games are going on and I noticed from photos that men do wear something under their kilts. It reminds me of a photo I saw recently with Queen Elizabeth sitting with a regiment. The front row was sitting on chairs and it was quite visible no soldier wore anything under his kilt.
http://urbanlegends.about.com/library/bl_queen_scots_soldiers.htm  So, is it true or not?

In All the Right Places 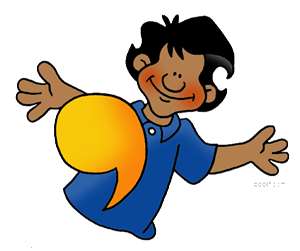 A sunny Canada Day to you all.

Looking at the paper this morning, I don't think it was my bifocals, I think it was my thought process. When I read, "Onlooker Grabs French Leader," a different picture passed through my mind, than someone grabbing him by the arm.

Saw a movie the other day with Ellen Page. Crap movie about super heroes. She let it be known, she is no stranger to the F word. I didn't think she had a limited vocabulary, or was hard up for parts. Is she too short? The one on NCIS is short and she won an Oscar. Of course, she did play a man.

I guess there was something on Twitter about getting rid of the camma. It wasn't true, though some people want to get rid of it. Those would be the ones, who don't know where to put it, the comma I mean. Anyway, it's a stupid idea. Without it, you don't know what you're readng.

This morning I had raisin bread toast. I had to slice it myself and do you know how that is done? You don't slice it from the top. You lay it on its side and slice. That way, the slices have the same thickness, unless you can't handle a bread knife, in which case there is no help for you. Which is par for the course, since there is no hope for any of us.