Wings of War and Smoked Fish. 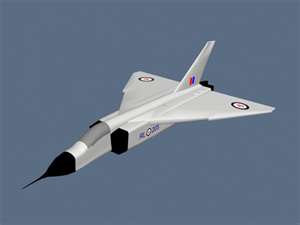 I'm convinced spring is on its way. Yesterday, Home Depot had a full page ad for lawn mowers. That must be a good sign. Todays newspaper had a ton of flyers. I flipped through them and the only one I stopped at was the SuperStore. The front page had a big picture of pork ribs. It reminded me of my trip tp California. My son got us ribs, touted as the best in the U.S.A. On top of that, we ate them in our room on Queen Mary I. Ribs were great. It was a meal for four, but there was only two of us, so we had to make do.

Gadhafi seems to be winning the war. What then? "Oh, we're sorry we picked the wrong side." You know how these guys are always firing their rifles in the air. The other day, I was watching them firing Anti-Aircraft Guns. It was just Boom, Boom, Boom. Then I found out, there was actually no aircraft in the air. Just kids, playing with toys.

On CNN this morning, they were talking about Discovery's last flight. There is a major push of cities trying to get a space shuttle for their museum. If they don't have a museum, they will build one. Discovery is going to the Smithsonian. That must be some big place. The Americans don't throw anything away, they put it in the Smithsonian, which is a good think. When they scrapped the Avro Arrow, we cut it up into little pieces. The Americans made us do that. They didn't want the best plane in the world belonging to another country. It was far ahead of its time. The point is, all the engineers and technology went to build the space shuttle. Now you know. I guess Canadians really don't like the "or else."

So it is official now, the Maple Leaf Tartan is the official tartan of Canada. I don't care if I am part Scotch, I'm not wearing any skirt.

Here's another thing I hate. The opposition party, whoever it may be, saying that when they are in power, they are going to cancel some military contract. This time its for the Stealt Fighter. Military needs are left behind and it takes another ten years to upgrade, as long as the government doesn't change.

Today I have to call the furnace man and the plumber. The furnace goes boom before it comes on. I would take a furnace if I wasn't so busy. Just cleaning it once a year would make it pay for itself. My theory is, if a man built it, I can fix it. That is if you want to and have the right equipment. Take the plumbing problem. The pipe from the washing is plugged up. The snake I have is not long enough or big enough to solve the problem. No need to buy a new one that I may not need again for ten years, and I don't know anyone with a larger one.

So much for today's problems and I'm having smoked fish for lunch. I'm doing research about being on a Pirate ship, so I am having smoked fish and rum. I don't have a sword to wave around, so I'll use a butcher knife.
Posted by Jack Sakalauskas at Thursday, March 10, 2011