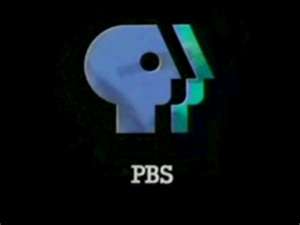 This morning, there was thunder, lightning and big rain. Later on this afternoon, it should be a repeat.

I was flicking through the cnannels the other day and when I came to ch.35, it said it was no longer available. It has moved to digital. This is the PBS channel, where I watch for Masterpiece Theatre. This one came from Detroit, but I also have it again, where it comes from Boston. I don't mind losing one, since they are almost the same. The thing is, I always thought of PBS as being free. But now, in order to watch it, I would have to pay for digital. Then again, it hasn't been free since the days of rabbit ears. You could only get it on cable, and you had to pay for it.

What about PBS now? They get their money from donations. If people can't see it, chances of donations are slim. You would think this is eating into their pocketbook. I supose most of their funding comes from trust funds, etc.  It's a matter of time till we all have to invest in the little black box.

I just read on Twitter there was a home invasion in Halifax last evening. Easy targets are people who live alone and the elderly. Two teens took a computer from a woman in this incident. You can lock your door, but what else can you do? If you have a gun and shoot them, they throw you in jail. Calling the police may not help too much. It may take awhile for them to arrive. I lock my door in the evening and hope no one knocks on it.
Posted by Jack Sakalauskas at Sunday, June 19, 2011

I'll address the last first. They will throw you in jail only if they know the creeps have been killed. If they don't know a gun went off because as an oldster you routinely play the telly too loud AND if your are VERY careful about disposing of the bodies then you will have no more trouble.

As to PBS going digital, you need not have cable or satellite, you need a new TV or even cheaper just a converter box. Below is a link to DTV coupons for converter boxes http://www.tvconversionhelp.com/2010/01/02/dtv/?gclid=CLWniarcwqkCFcPd4AodJCHROw